What Is A Duvet Cover?

When we talk about bedding sets, they consist of many different pieces of fabrics, and one of them is a duvet cover. Right now, we will put an answer to a famous question on what is a duvet cover, and how important is having duvets and duvet covers on your bed.

Simply put, a duvet cover is like a large pillowcase, but in this case, it is not for the pillows but for the duvet. This is a removable cover that is used to protect a duvet from possible tears, damage, bacteria, and dirt. All in all, it has a very similar consistency and properties like a pillowcase.

Right now, we will move on to explain the importance of a duvet and learn more about duvet covers and how they can be used in your bedroom.

Everything You Need To Know About Duvets

A duvet is a piece of high-quality blanket for a bed, that takes the place of a sheet and blanket, and it is all in one piece. Basically, it is a soft flat bag that is filled with organic or synthetic materials.

Modern duvets are usually made of great quality materials, such as high thread count cotton, and can be filled with wool, feathers, silk, down. Duvets can also be filled with synthetic fibers like polyester. These types of duvets tend to have lower prices from the ones filled with natural, 100% organic materials.

Duvet with a duvet cover can be used instead of a top sheet and blanket, and this solution tends to be easier and faster to use and takes less time.

Most of the duvets are well-aligned to a bed, and they have less hangover on the sides, which also makes them avoid contact with the floor.

All in all, using a duvet on your bed drastically reduces the time people usually spend on setting up the whole bed, which includes the combination of blankets, sheets, quilts, and other similar textiles.

Duvets can even be made warmer than blankets, if it is made of cotton and if the cover is made of high-quality thermal insulation materials, without becoming too heavy. 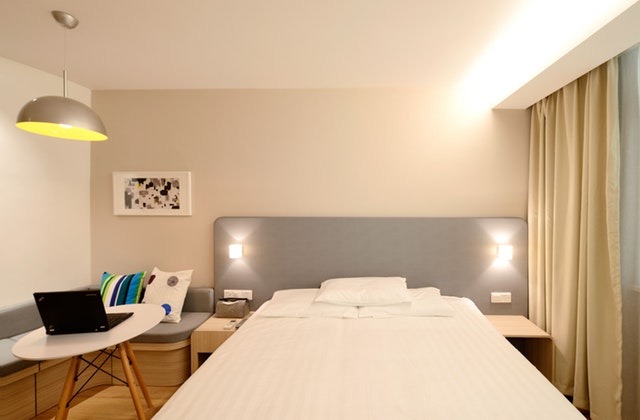 What Is A Duvet Cover

Generally speaking, duvet covers are made from a fabric like a sheet and have a similar consistency. Duvet covers are like large pillowcases, but just for your duvet. A duvet cover can easily fit inside a duvet cover, and it can be closed with buttons or with a zipper. Modern duvet covers tend to use zippers since they are much more practical and easier to use.

Duvet covers tend to use much less space since they are easy to fold and store somewhere safe, especially duvet covers made from thin materials.

Many people tend to buy duvet covers to improve their bedroom decor and to uplift the whole room with bright, vibrant colors. Duvet covers come in various colors and patterns, and you can find more modern duvet covers for your bedroom in our webshop.

Duvet covers tend to be inexpensive since they are made from simple fabrics and textiles. They also usually come in bulk, so it is easier to change them on a regular basis.

If we compare duvets and duvet covers to other beddings like blankets, owning a duvet and a duvet cover is a more practical solution and you can save quite a bit of money. Great quality blankets tend to have high prices and take a lot of space.

Also worth mentioning is that duvet covers are easy to change, and you can change them regularly to experiment with the design and decor of your bedroom, or change them based on a current season and match them with your other covers.

Now that we have answered the question on what is a duvet cover and duvet, now we will move on to cleaning and share some helpful advice on getting your duvet and duvet covers properly cleaned.

Cleaning and washing the duvet itself is not something you need to do often if you are using a duvet cover. Depending on what type of duvet you are using, especially with sensitive materials, there is a high chance that the best choice would be to pay for a specialist dry cleaning. We advise reading the care label first, before moving forward with the cleaning process.

After the duvet has been washed and cleaned, it is not a bad idea to shake and fluff off the duvet before adding a duvet cover, so the feathers and the filling get equally distributed. 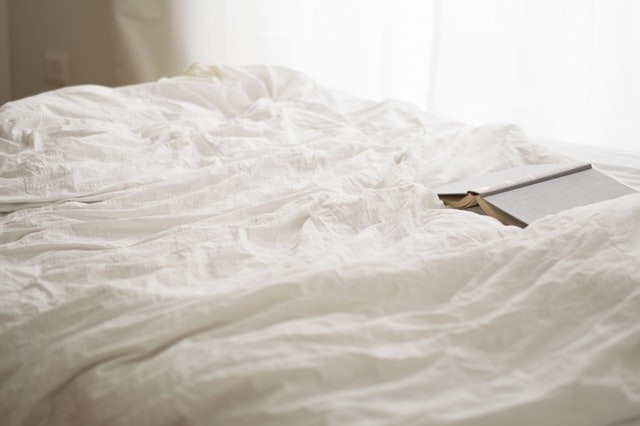 Duvet covers are something you will most likely use with your duvet since a cover of this type is quite useful in many ways.

The best way to clean your duvet covers is to clean them as ofter you clean your sheets. The fabrics will most likely be of the same consistency and it is fairly easy to wash them. In this case, you can use a standard home washing machine, or wash your duvet covers in a commercial laundry shop. It is not necessary to pay big sums of money for professional cleaning services in this case.

If you read the label on your duvet covers, you will find information about how to wash the covers, so be sure to read it thoroughly.

When drying the covers, we recommend drying in open space, without using a drying machine. Many times, if a drying machine is not properly adjusted, it can damage the layers and the fabric, and cause damage or even discoloration.

After everything is dry, shake it off, and inspect the covers if there are any areas that are not dry. If not, leave it out some more time in the open until it is dry and ready to be used.

Be sure to read more information on How to Care for a Duvet and a Duvet Cover.

Now when you know everything you need to know about the duvet, duvet covers, and their cleaning process, we would like to know what YOU think! Leave us a comment down below in the comment section and share your thoughts with us. We would be more than happy to hear from you and answer all your questions. 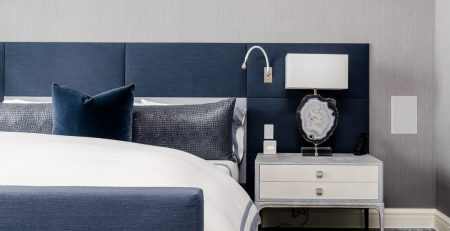 What Is A Bedding Set?

If you are a proud bed owner, then you pretty much already have a bedding set. As you know,... 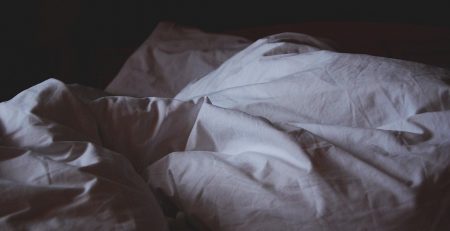 10 Ideas On What To Do With Old Bed Sheets

The easiest thing is to just throw things away if you do not need them or if they no... 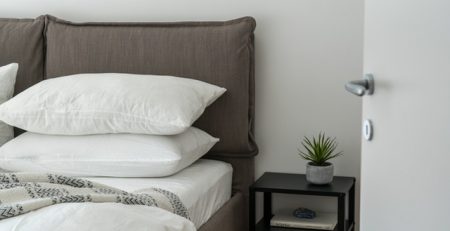 How To Tell If A Pillow Has Bed Bugs?

When we talk about bed bugs, they can become a real problem if not handled correctly. They tend to... 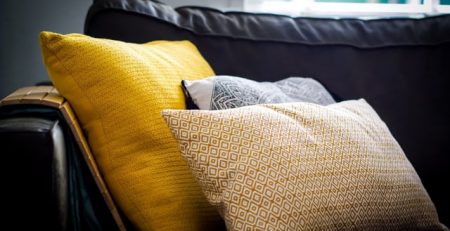 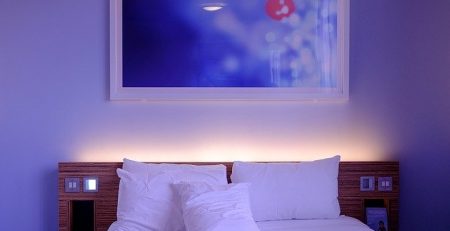 In 21.st, century, there are many studies and researches based on people who experience allergies while spending time in... 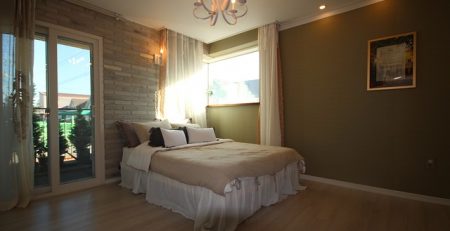 Experiencing allergies at night in your bed can be stressful and it can disbalance your sleep routine which will...

How To Keep Flat Sheets Tucked In?

Sometimes, having a good night's sleep can be a luxury, especially during cold seasons. If you are the type... 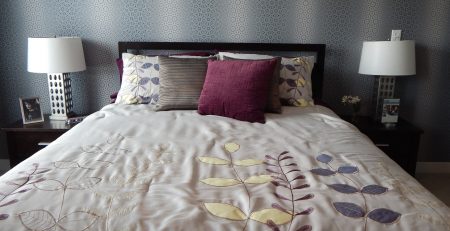 In the past, it might have happened to you that you were looking to buy a particular item, an... 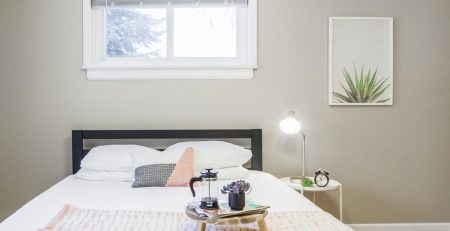 Polyester Bedding Vs Cotton | Which Is Better

If we had to compare polyester bedding vs cotton bedding, and which one is more popular, this would be...

Keeping a comforter inside a duvet cover is a common problem, and happens very often when we sleep. Usually,...